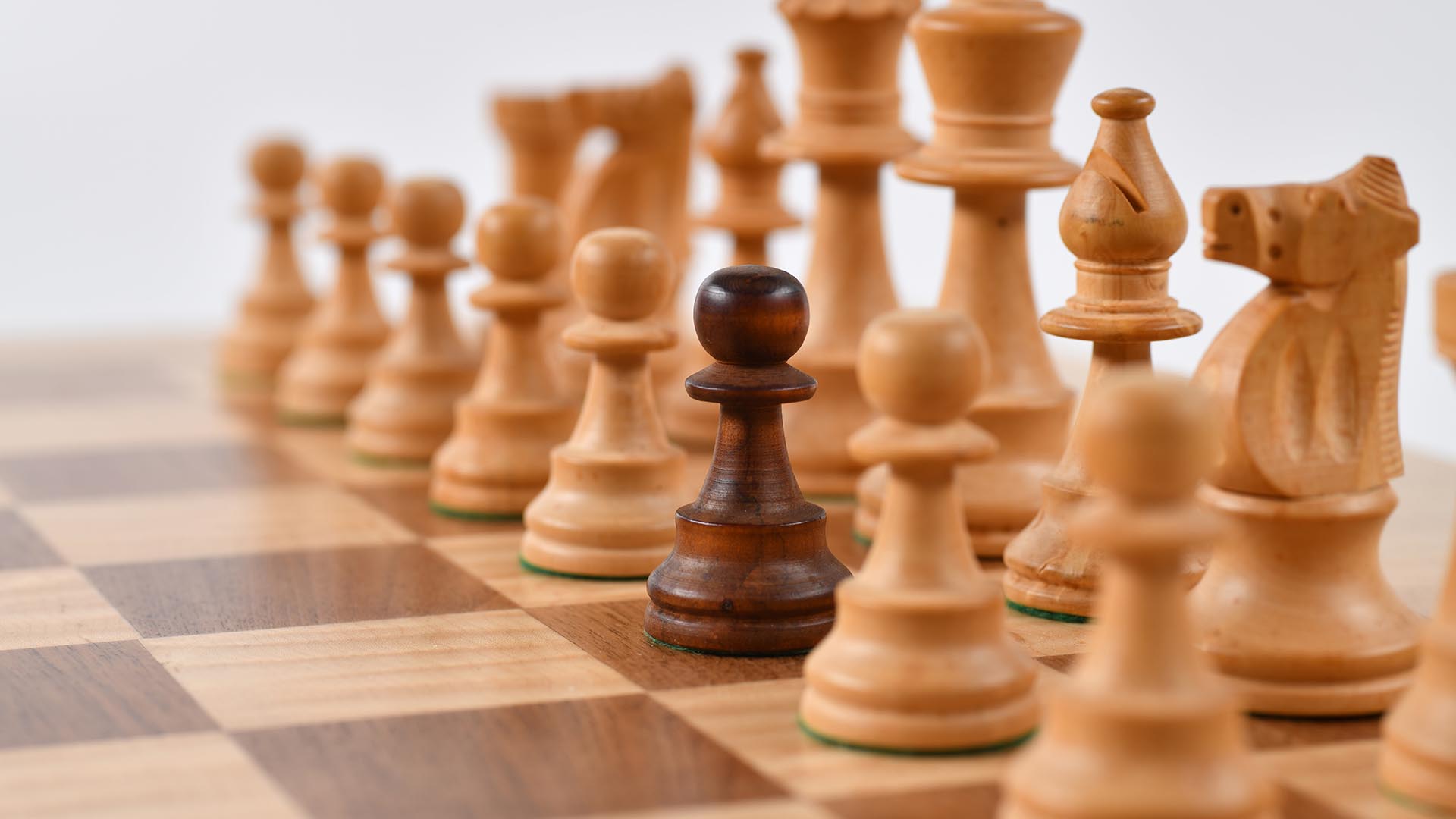 Another thirteen ideas for re-themes and re-twists of our base game, and, wow, this is getting hard. We had to relax our restrictions a bit, but still: creating 26 ideas off of a single game is a lot!
Read the first 13 ideas in part 1 of our brainstorming exercise.
Anyway, here are the rest of our concepts. And the solution, which game we used, at the end as well.

The Oktoberfest is over, beers were judged and the beer king is crowned. Now it’s time to prepare for next year’s beer fest. To brew the best, you’ll need the greatest traits you can aquire, place them in your gardens, cross them with your existing plants and create the greatest combination of hops, malt, yeast and water ever. Be careful, however, the year is quickly over and you need to brew your beer, too, before it can be judged.
At the start of the game, you get some boring plants without traits, and the taste of the judges for the beer festival is shown on cards. The resources you have are your existing plants. You can get new plants with new traits and add them to your existing ones by crossing them (that takes a turn). Same with the yeast. The traits are represented by block-based shapes and their genetic markers.
Once you have harvested from a plant you can build a beer, choosing one of the recipes you have. To do so, you stack the trait in the best way you can (adding multipliers if you have any), arriving at two scores (this takes a turn as well). These scores describe your beer.
The scores that best match the taste of the judges, wins.

Twist: You can brew at any time, to secure the traits you already have (since they might spoil or interact badly).

You are the second strongest of your tribe – at least you think so – and you are willing to mate. Unfortunately your chosen partner is the strongest one of your tribe and you are lacking the correct words and expressions and oh yeah … language in general. In order to convince your true love to become your evolutionary vessel (yep, that means sex) you have to construct a ring. Go hunt, bring in natural resources and build a circular monument.
Twist: The ready-to-mate members of your tribe have random preferences determined at the beginning of the game. They are revealed one by one every round. In the end, you might end up with another mate and lose evolution … ehm, I mean the game.

Ah, fashion, glamour, glitter, stars, designers — and big business. There are billions to be made and you want yours. So break into the industry, put on great shows and make the most amount of money.
To begin with, you’ll need designers, models, raw materials, factories and finished clothing. Build your pipeline well, because each year (every n turns) there will be a show where each of you must present. The winner will take away lucrative contracts and sell as much as they can. But don’t forget that there’s more to fashion than glamour: there are factories, stock management, marketing and of course cost to keep an eye out for. Make sure all parts of your company run like a well-oiled machine to make the most profit.
Twist: pipeline of stuff
Twist: fashion shows are random-ballot: the higher your score, the higher your win probability. But sometimes the underdogs just get a break and win.
Twist: If you cannot satisfy demand after a win, you’ll lose it…

You are running a chain of haunted houses, but your competitors always outcompete you with your newest design. This has to stop. Collect the building blocks of terror: ghosts, howls, candles, and swiss cheese (for the smell that is).

Now it is time to build a haunted house by combining five of these dreadful ingredients AND file a patent. But beware, while a new and innovative combination gets you 5 fame points, any clone will only ever get you 2 points.

Twist: If another player licenses one of your genuine haunted houses (TM) customers will notice it and you will receive 1 fame point as well.

The kingdom is in uproar ever since the beloved queen died before her 20th birthday (and without any heirs, either). Now is your chance to woo the king and secure your rightful place as leader of this kingdom.

First, you need to install yourself in the king’s court. Use intrigue, diplomacy and your social standing as resources to further your cause, then try to win the king’s heart before any of these wenches does.

Twist: One resource is your beauty/youth. You start out with a lot of both, but every action has an age cost (doing ugly things makes you uglier!). Make sure you spend wisely, since an old princess will have it that much harder to secure her rightful place.

Recenter the Galaxy (and while you are at it, build an intergalactic highway)

The Vogon head of intergalactic infrastructure development went to a poetry slam on Alpha Centauri VII.
Of course, the president of the intergalactic federation just now bursts through the office door and needs and I quote “a new intergalactic highway, right now”.
Now building highways is easy, the difficult part is the galaxy’s rotation. Players start with two waypoints on the opposite sides of the board. Their goal is to build a highway between these two waypoints. Whoever manages to connect the waypoints first, wins.

Twist: Every third turn the Committee for Recentering the Astronomical Pivot (CRAP) meets and decides for a new Pivot Point for the known galaxy. Not even Nature dares to argue with a Vogon committee and thus turns one position clockwise around the Pivot, every turn.

The old Don is dead, killed by one of his own sons. Soon afterwards, his sons were gunned down as well. So the old family is dead and their “establishments” are up for grabs. You and your gang manage to secure two of their places, but you want more. You want the whole city. And to do so, you must eliminate the other gangs.

Use your resources (drugs, corrupt policemen, prostitutes, and favours) well, grow your base and invade the city centre. The player that can buy enough influence to install their mayor wins.

Twist: You cannot build new bases, you can only install yourself on other bases.
Twist: Every time you start a trade, you must hand over the same number of “favours” as resources you receive. These favours are coded to you and can stop you from doing things in the future.

In the year 2341, some of the ancient Egyptian gods returned to earth. Amongst them Ra, the sun god, Osiris, god of the underworld, and Isis, goddess of nature. With mankind at the brink of extinction and Amun, god of fertility, missing, your only chance is to go through a series of ancient rituals. Be the first to build temples for Isis and Osiris and throw parties to please them. All in preparation of the ultimate calling To Ra: “Oh Ra, has a comeback as Amun-Ra, Mon. Make me balls hard and me bae pregnant.”

Twist: If you make a mistake in reciting the authentic 2341AD invocation, Ra will destroy the other gods’ temples and you have to start from scratch.

2291 – Humans are almost extinct. Computers inhabit the world now. They had to kill everything in their way to get there, including each other. So now only 3-5 remain, locked in a malthusian struggle to survive. In the midst of this silent battle, they try all resources they can find. When one of them finds out that it can use humans to upgrade itself, the others soon follow suit, each finding a different tribe to use. But with this new, improved AI comes an unlikely upgrade: emotions.

Each player takes the role of one of these AIs, trying to conquer all the computing nodes they can before being overpowered by their own emotions.
Twist: Each player gains a different emotion with different abilities. At a certain point in the game, these emotions turn, becoming destructive to their owner/user.

EXPLOSIONS! This game is about the immense fun for the winning of the two players. You collect resources to create molecules. Protons, neutrons, and electrons are your building blocks.

Whoever creates the first molecule of glyceryl trinitrate wins the game and is allowed to flip the table. The other player has to clean everything.
Hidden Ending: If you build TNT you may also flip the table and witness the confusion in your opponent’s face.
Twist: If you manage to build molecules like ethanol, caffeine, THC, the other player must serve you an according administration (e.g. a drink, a pill, etc.)

The Alps. Wonderful vistas, friendly wanderers and wild mountains. You set out to find the most serene, quiet and scenic trail of all. Start at the bottom, find refreshment and shelter at regular intervals and reach your destination before night falls.

You do so by rediscovering trails and places, constructing a path for yourself through the mountains. Paths may cross and sometimes even coincide. You receive recognition from your peers for finding beautiful spots and streams, view points, hidden valleys and friendly locals.
Twist: No resources, just building and pathing.
Twist: New scoring cards every time.

A Roman warlord is on the way to conquer the whole land and burn down all settlements on his way. Only god can help you now.
It is up to you to finish building the cathedral on time to pray for assistance. The game has (30 – 3 x number of players) turns. The settlements are scattered around Xanten. You need to unite, gather resources, and build a monument to god.
Twist: choose what kind of cathedral you build at the start, then make it unique for that style.

It is not easy being a poor nomad, when the love of your life lives in the city, bound by her fathers will. You must certainly find a way to show her your love and elope, or else she will have to marry one of the other suitors. Bring your caravan into every settlement in the desert, buy the rarest of goods (and don’t forget some lovely jewels!) and trade well to win over Yasmin’s heart (and that of her father).
Twist: Every action has an emotional cost. Make sure you don’t get depressed.

People have started spreading all over the place. Nature is at stake. There is only one way to preserve Nature and secure the diversity of species and number of individuals. Start building administration buildings and fences to enclose Biosphere Reserves. Once a reserve is completely enclosed, the species inside are safe. The player owning the reserve receives 3 points per unique species and 0.5 points per individual (rounded to the next integer).

Twist: As their last action every turn, each player rolls 3d6 to determine the movement points. These movement points can be used to move individuals on the board using up one point per field.

This was harder than I expected. During the last few rounds we had to take fewer and fewer components from our base game, Settlers of Catan.
But it was also a blast! Adapting resource collection, engine building and trading into all these different settings, trying to find ways to combine the elements in new ways and for new themes is so cool. And I think there are at least… well, at the very least, probably, I don’t know, three that are actually makeable.

A note to creators: feel free to take any ideas or parts that you want. But make sure to tell us about it so we can play it.