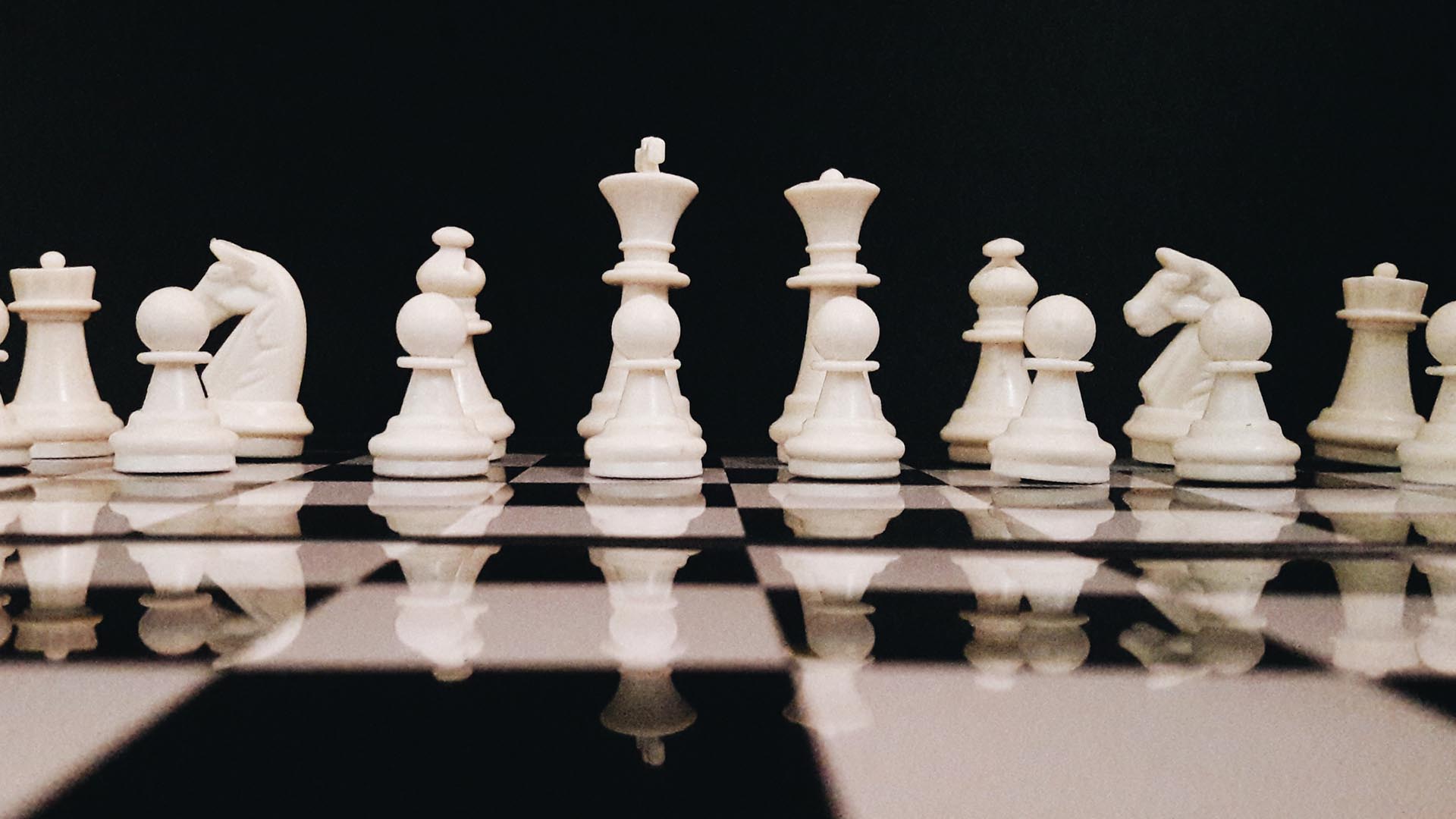 One and a half weeks ago, me and Johannes were discussing a game that had nice game mechanics, but did not really fit into the setting chosen by the authors. When I suggested the following, a new “creativity competition” was born.

It was the most intense 90 minutes I’ve ever spent in a WhatsApp conversation. But it was great fun as well. Since this first round happened to be in German, this week, we started a new round, but this time in English and we set the additional rule of having a twist to the game.

So without further ado, here are the first 13 ideas

You and your group try to influence the political landscape. To do so, you need to gain favours with different groups. The first one to gain enough influence to get a bill passed wins. But beware lobbying groups that can block your progress. Twist: You get to choose which tactics to use (ie. resources you harvest), but they exhaust and only renegerate slowly (political will gets used up).

Being a plant is not easy. You are dependent on resources such as CO2, NO4, PO4, and H2O to grow and develop offspring. All the while you need to compete for said resources. Place your seeds wisely, for resources are scarce. Grow roots to acquire new nutrients. Upgrade your seed to a plant, the plant to a flower and finally the flower to a new seed to place. Twist: If your roots touch an opponent’s roots, you may steal some of their resources, BUT so do they 🙂 ⁠⁠⁠⁠

This is a very strange prison. There are craftsmen everywhere, but very few guards. And it’s falling apart, too. What a coincidence?! Gather all the resources you need for improving your cell from packets sent into prison and trading with other inmates and guards. Then build (or commission) additions to your cell, which give you advantages. First one to place a throne into their cell gets crowned contractor king. Twist: You can order resources from your outside contracts, but resources are drafted, so you might not get what you want. Also the one with the largest order gets to choose last. (Card drafting: https://boardgamegeek.com/boardgamemechanic/2041/card-drafting) ⁠⁠⁠⁠⁠⁠⁠Bonus twist: Build underground tunnels to escape and win that way! ⁠⁠⁠

You place drills on tectonically active ridges on the north/south pole. These are resonance drills. Thus you need to collect four different types of force (vibration, impulse, sliding, pulsating) and apply them to create cracks in certain directions. If a crack spans from one end to the other, the cut-out part will float freely and belongs to the party with the most drills. Twist: Global Warming. Every four turns, a random crack appears between two fields (determined by dice roll)

This island is sinking, slowly, but surely. You need to make it off the island before the sea reaches you. Every few turns, an island tile will be removed — with everything on it. After having placed your settlements in the first phase, now it’s time to save them. There are several ways to do so:

If nothing else helps, you’ll have to move your settlement away from the water. That’s costly, so don’t do it too early. And also (of course) you’ll have to fight other players for the best spots. Twists: Island slowly removed, battle mechanics for movement, prisoners dilemma (cooperate and equal win, or defect and save yourself?)

You are running one branch of the smokers’ lounges of Falkland Country Club. To be more successful to your competitors and attract members you have to provide tobacco and wine. While you can extend your smoky empire with hallways from wood and stone, your primary goal is to build even more lounge rooms and attract the most members. Twist: The more members you have, the more likely one of your lounges will burn down (Including everyone inside that is).

There are viruses everywhere in this animal. Fortunately, they are all dormant. For now… You play as one of these viruses, trying to infect the animal. You need to gather enough ATP and different sorts of proteins to infect lymph nodes. You can also use your resources to modify your genetic code and get some special abilities that way. But the real game starts once one virus has gathered enough VP (virus points) to start the infection. From then on, that player’s objective is to win and infect the whole animal. The other viruses, of course, need to stop that. Either the animal gets infected, or the infector is destroyed. Twist: Turns from free-for-all into 1-vs-rest.

The moon is inhabited. There is a small group explorers left behind by Apollo 17. Abandoned by mission control they strive to survive. This requires valuable resources like water, oxygen, moondust, glue, and Helium3 for power production. Twist: Since there is no atmosphere asteroids will hit the surface and render mining grounds unusable for a few turns. ⁠⁠⁠⁠

Paris, 1885: The city is ablaze with innovation. There is even talk of an absurd metal tower over 1000 feet high for the World Fair in 1889. The things these inventors come up with… But now one of them is dead, thrown out of a moving train, and you need to find out who killed him. Move through the (randomly built) city, gather clues (witness reports, documents, pieces of evidence) and build your case with the jury. The first one to gain 8 of the twelve juror votes wins the case and may present it to the other players. Twist: The gathered clues must stack to make a convincing case. Each clue has a sequence number, you must play clues in increasing order (gaps are allowed). Bonus twist: trading certain types of clues with other players duplicates the clue (reports, documents). Bonus bonus twist: The value of a clue depends on the gap in the clue sequence. Playing clue #10 after playing clue #1 is worth 3 points (sqrt(3)), playing clue #2 after clue #1 is worth only 1 point. This way, we incentivise gaps (which make it harder for you to play other clues) and add a bit of a puzzle into it. ⁠⁠⁠⁠

A group of Java developers relocated their offices to Java, the island where the coffee lives. In the year 2041 however, AI took over. Economy crashed. Programmers were not worth a penny anymore. But as its AI was trained by human datasets, the Major Coordination Processor (MCP) demands one thing: COFFEE. ⁠To become the MCP’s favorite meat companion you need to extend the coffee roasting blades in your data center and connect them via highspeed ethernet to reach just the right throughput and hence roasting temperature. Twist: Trick the other players by trading them decaf, so they fall asleep and miss one turn ⁠⁠⁠⁠

The natives are sure of it: now that these foreigners have arrived and started mining the precious minerals, they angered the volcano god. It is only a matter of time before it strikes the island with is vengeance… Your job is to mine the rich resources of this wondrous island: gold, platinum, diamonds, unobtainium. Do it quickly, the volcano will erupt any minute now! Every round, you draw a pressure card. Once the pressure reaches 1000 GPa, the volcano erupts (special cards relieve the pressure, but only temporarily). It’ll destroy everything in the center of the island and start lava flows from there. Try to save as much of the mined resources as you can, since that’s what you’ll be scored on. Move people and resources. Evacuate what you can from ports and from the air. Save the natives if you can. Direct lava flows using technology (barriers, channels, bombs, whatever you can think of) and luck (ie Carcassone-style tile placement, using triangular flow tiles on hexagonal island tiles). Once all lava flows terminate in the ocean, you’ll be safe. Twist: First you build, then you destroy. Bonus twist: There are two winners: the one with the most money (boo!) and the one that saved the most people (yay!) ⁠⁠⁠⁠

M.C. Escher’s painting has come alive. The colors are in disarray. 3-4 lizard people have emerged from the drawing plane of Reptiles in an endeavor to sort the colors and build new 3-dimensional homes from them. Whoever wants to be victorious needs to build one house of each color. Twist: There is a chance, 2D lizards get so pissed off by your 3D world, that they burn down your 3D objects.

If you already have an idea, which game these ideas are based on, send us a tweet. The solution will be posted along with the missing 13 letters next week. Stay tuned