Habeamus | A Habeamus team, some actors, and a cameraman walk into a church
613
post-template-default,single,single-post,postid-613,single-format-standard,ajax_updown_fade,page_not_loaded,,qode-title-hidden,qode_grid_1300,footer_responsive_adv,qode-theme-ver-17.2,qode-theme-bridge,wpb-js-composer js-comp-ver-5.6,vc_responsive 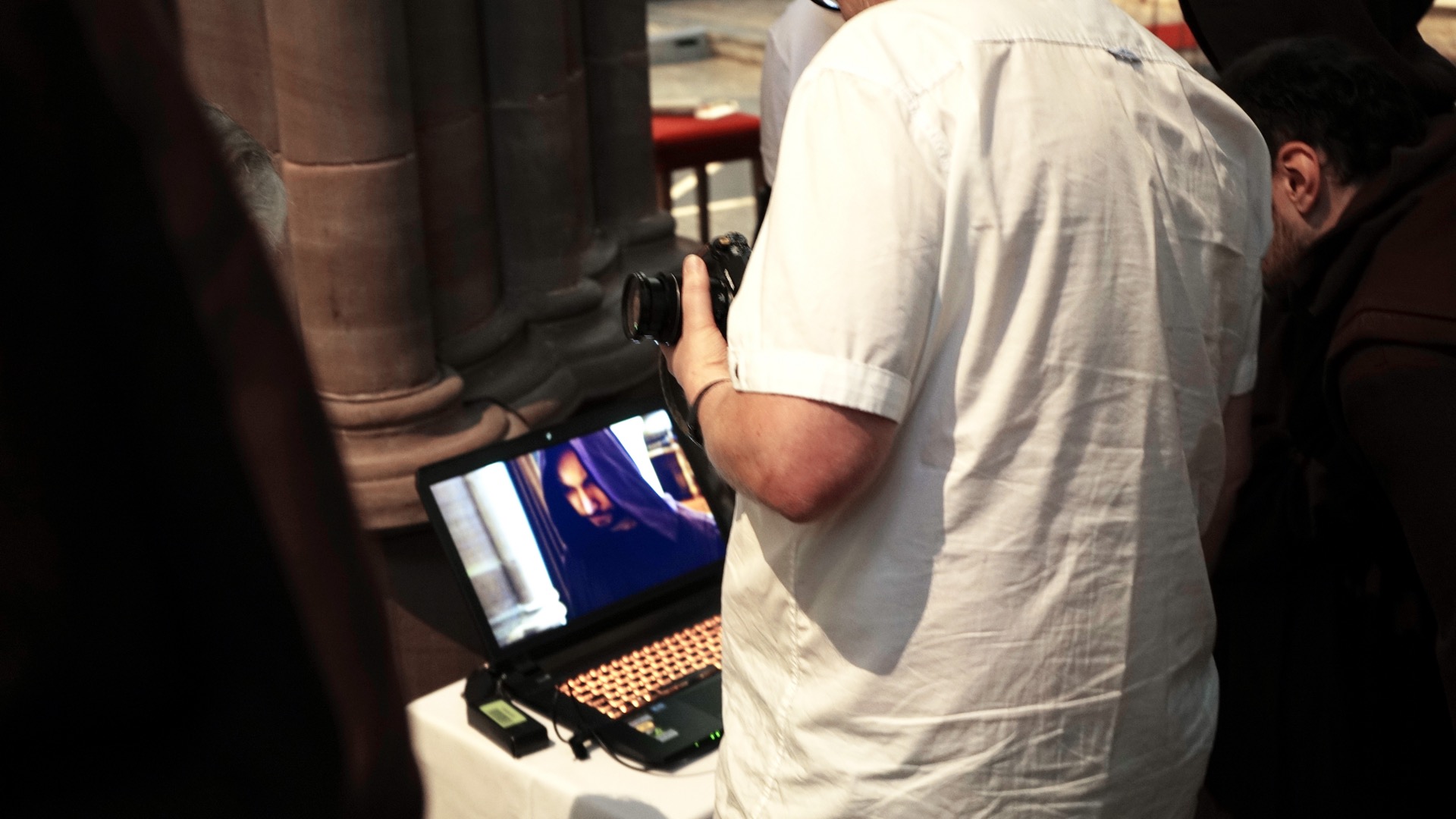 Behind the Scenes, News

A Habeamus team, some actors, and a cameraman walk into a church

Silence. A flickering candle breaks the darkness. A group of monks stands in a circle. The church door is slammed open. A gust of wind blows out the candle. Fog settles and in the door frame, there is a wanderer carrying a mysterious chest.

We’ve been busy preparing and producing video footage for our trailer. We were aiming to create a mysterious, somewhat cheesy, and slightly funny video experience. When writing our script, we looked at other videos for inspiration and in the end, we settled with something heavily inspired by Escape the Dark Castle by Themeborne (by the way, they have a campaign for their next project on Kickstarter) and the Age of Empires II intro scene. NOTE: All newsletter subscribers will get an exclusive copy of our script and exclusive behind the scenes photos from our shooting day. Subscribe now.

The shooting day was quite an experience. I arrived at the church at 10-ish with over 60 kilograms of monk robes. After the initial setup and a first walk around the set, I selected locations for filming our scenes. And then some magic happened. We took 2-3 shots per scene on average and were finished with the first pass after like 4 hours. We repeated and added a few scenes after checking the footage. We had planned for two full days of shooting and were finished in 6 hours total. Amazing!

Here are things I learned:

A friend of ours is already involved in cutting so that we hopefully have a trailer ready soon. So excited 😀

If you want to have exclusive access to behind the scene materials, namely our script AND photos from our shooting day, subscribe to our newsletter now.