Habeamus is a card game for 2 – 4 players, suited for ages 14 and up. Each round will be based on totally unforeseen player dynamics, which creates rounds that can last anything from 20 minutes to almost an hour.

In Habeamus all players strive for influence and it is widely accepted that influence does not depend on status or title but solely on money. So the goal is simple: Get more money into your swiss bank account than your competitors and win the game.

Each player starts with 23 bribe cards of which 10 have no value at all and the other 13 have values between 2000 and 24000 ducats. These cards can be used to bribe non-player cardinals (NPCs) or other players for their vote. While bribing, players may show the cards involved to anyone, to the recipient, to another player, or to no one at all. Not for anyone with trust issues… 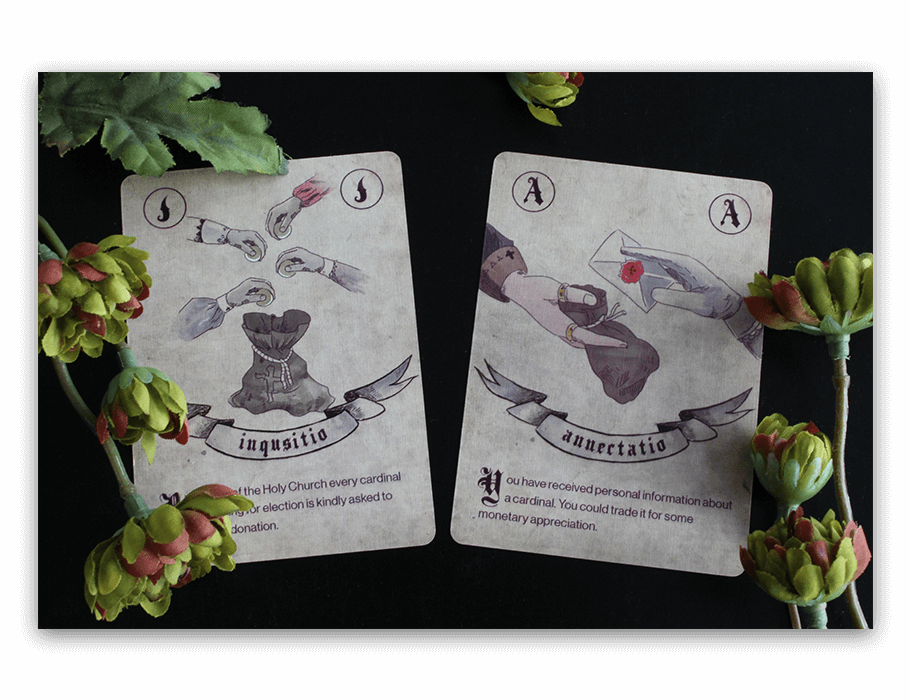 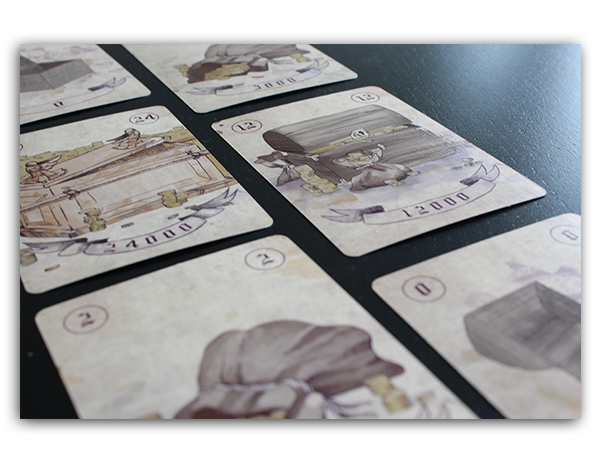 The game ends when a Pope is elected. After 3 unsuccessful election attempts, a weak temporary Pope is installed (cardinals have a limited patience) and players evaluate their riches. 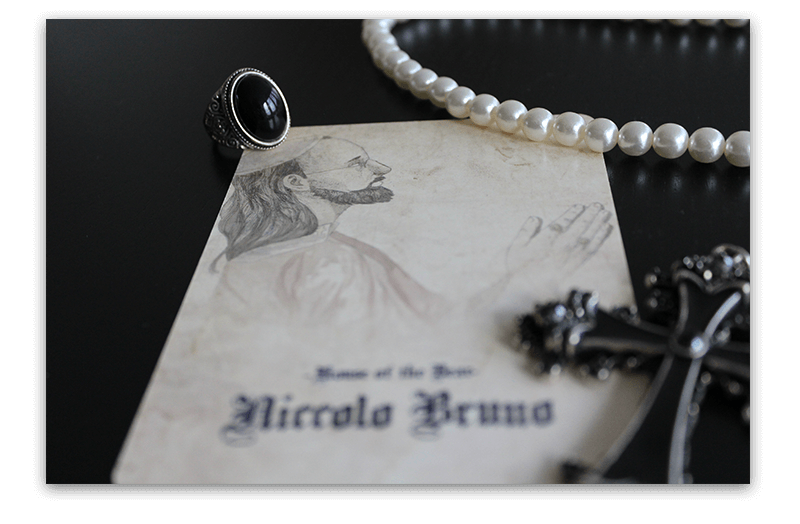